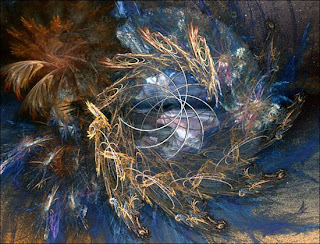 sisterhood: apparently i don't know the meaning of the word. i have a lot of improving and personal growth ahead of me. i need to be a better friend.

in more important news: i have mentioned before in my blogs about the kids we work with at church. most of them are from lower income families who live week to week in run down hotels. many have a parent in jail, or who is addicted to some sort of substance. just last week i was told by a 14 year old that her mother tells her that she is "fucking stupid" nearly every day. one of our girls (that we know of!) has been molested. one has had to hide in the bathtub on more than one occasion when gunfire was going on outside her bedroom window. very few of them have coats to wear in the winter, and most haven't eaten on sunday when we see them. if you could see the places that some of these kids live it would break your heart. but....they're all GREAT kids, and i would die for any of them. recently, there have been some changes at our church in our youth and children's ministers, and i have been more than a little bit angry at some deceptions and secrets, and came very close to wanting to just quit working with these little angels. tonite we got the news that one of "our kids"...a little 6 year old boy, passed away over the weekend. he was at home alone with his 10 year old sister at the time, but he passed away of natural causes. (an intestinal blockage) the kids were all upset tonite, crying, asking questions about heaven and what happens when you die. needless to say: i'm saddened by the loss of this child, but i'm also saddened that children have to endure the kind of life that these kids have to endure, and that they have to deal with death and violence at such tender ages. i was talking with a friend on the phone this evening, and he made the comment that "we are all responsible" for kids who have to live like this. i had never thought about it in those terms, but how true it is!!! we might not be able to save EVERY child, or show EVERY child GOD's love, or feed EVERY child, or be there for EVERY teenage girl whose stepfather "touches" them........but if we can save ONE, feed ONE, love ONE, help ONE.....then it's all worth it, and the world will be a better place. and, wouldn't it be wonderful if all this energy being invested in our presidential campaign was diverted to actually doing something to make the world a better place.......and helping these children: the next generation?????? look in your own neighborhood........they are there, and they'll be the ones running this planet when we are nothing but a memory.
Posted by sami*stardust at 7:25 PM