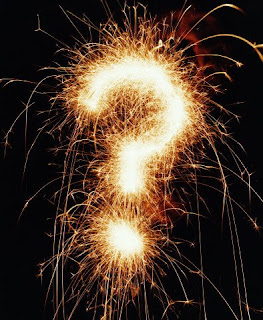 first of all....i need to preface this blog by saying that i am NOT a political person. i probably should be more aware and involved than i am, but my personal opinion is that for the most part, government in this country is just a big money game. it's ALL corrupt. i also should say that i abhor our "two party" system, and frankly, i think that either way we go in this upcoming election...we're screwed. i am not advocating either candidate or either party in this "vent!" i am not republican OR democratic!
having said that, tho, i feel the need to ask why SO much attention is being focused on the fact that sarah palin is a hunter. i am NOT a hunting advocate in any way, shape or form, but neither am i a racist. in fact.....racism bothers me just as much, if not more, than hunting does. i have gotten so many emails and bulletins about......and i quote....this "evil bitch" because she hunts for sport, and not ONE SINGLE email about obama's blatant racism. and no....i'm not quoting the media machine when i call him a racist. i read HIS book that HE wrote in HIS words!!!!! i seriously doubt that any one who's doing the name calling has read either his books, or any other candidate's books for that matter. i also have to wonder how many vegetarians are doing the "evil bitch" name calling. in fact.....i happen to know for a fact that the last person i received this 'tender message' from isn't a vegetarian. i realize that hunting for sport and eating meat for food are two different things entirely, but then again: is it really? hunting happens to be more humane than the way animals are raised in cages for our consumption, but we seem to have no problem with THAT! i happen to be an avid animal lover....in fact, i like most dogs i know more than i like most people. however.....it's a shame that the way we treat animals ranks higher in most people's minds than the way we treat each other. we're good at spewing venom at someone for killing an innocent animal, but we could care less about someone else sewing the seeds of hate that will affect millions of PEOPLE in this country. we look at history and wonder how something like the holocaust could have ever been allowed to happen. i have to say, that from all i've been hearing and reading since the campaigns for this election started......i don't wonder at all. we don't care about what's really important anymore....treating each other with kindess, equality and respect. it makes me angry, and it makes me sad. GOD help us.
now.....let the flame throwing begin. i'm totally prepared for it, because we're not only good at name calling and hate mongering, but we, as humans are REALLY, REALLY good at believing that we have a right to OUR opinion, but no one else has a right to thiers.
Posted by sami*stardust at 9:06 PM

I don't think you were harsh at all. 53% of the people polled in a Sarah Palin poll, said that the media is picking on her. I know that is close to half and not more or less than that, but 53% of the people feel the same way you and I do.

I am not a big hillary fan, but I think even Obama gave her a raw deal.

You're right, it is sad that humans can't treat each other better.

hearts to you girlie!

hey thanks for posting around my gerard butler stories. Really appreciate it. I'll try and stop by once and a while and see what your working on. take care