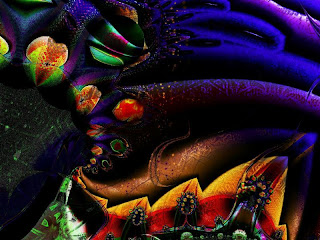 i'm a bit melancholy today because i had another memorial service to attend of a close family friend. "miss margaret" went home to the angels after having a stroke a month or so ago. i've known her and her family forever.....worked with her husband and both her sons, dated one son, and worked with her in our church nursery for many years. she was like a mother to me, and altho i'll miss her, i know she's with GOD and i'll see her again soon! get busy, miss margaret....there's lots of babies in heaven to take care of!!
in the midst of the sadness of the service, tho, there were some bright spots. i hadn't seen my ex (her son!) in nearly 20 years. i walked up to him and said "remember me?" with a smile. he gave me a huge hug and said "i could never forget you girl!!" altho i've run into him once or twice since we broke up, we didn't end on the best of terms, so that tiny moment today gave me a bit of peace about that chapter of my life that i probably didn't know i needed!
also, i knew this whole family except for the oldest child. (she's 10 yrs or so older than i am, so we were never in the same circles) i went to introduce myself to her, and before i could get my name out.....she said "you're sandi! i know who you are. i've heard so much about you for years!!" she could never know how much that meant to me. i love both of her parents so much, and i know they love(d) me, but it's nice to get the affirmation. once again...my reputations preceeds me!
and....last but not least, when i was in my late teens, one of my best friends was a guy named rick. we were "thicker than thieves"........in fact, everyone but US thought we would end up married. lol!! anyway, these days he's a funeral director, and his wife is a funeral director as well. i haven't seen rick in a few years, and had never met his wife, but happened to know that she worked at the funeral home we went to today. i actually made it a point to hunt the woman down....lol!! i wanted to meet the lady who ended up with one of the loves of my life! she's a nice lady. he had a rough go for a few years, so i'm thrilled that he finally found someone who makes him happy. good on ya, ricky!
the tropical storm in the gulf has caused much needed rain, and not so much needed storms for us today.....my day has been cloudy and overcast physically and emotionally, but as always......with every cloud, you can find that silver lining! :)
Posted by sami*stardust at 4:24 PM

I am truly sorry for your loss and I am glad you received the affirmations you needed. Now, from me, you are a truly wonderful and beautiful person, never change.